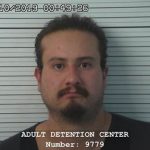 Taos, New Mexico: A man was arrested after he threatened a Loomis Armored Security guard last Wednesday night. According to Taos Police Chief David Trujillo, officers were called to a report of a man with a knife approaching the caller but making no overt threats. A short time later, they received another call describing the […]