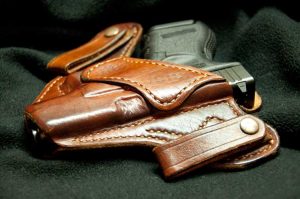 Las Cruces, NM— A man fatally shot his neighbor after witnessing what he believed to be an attack near his home on Saturday morning.

According to Las Cruces Police Department, 28-year-old Nathan Froseth and his wife had started drinking on Friday night which carried into early Saturday morning June 16th.

At some point, the couple decided to take their dog for a walk. During their walk, the couple began arguing and Mrs. Froseth admitted to raising her voice.

She then told officers her husband walked away with their dog while she decided to lie on the sidewalk on San Pedro St. After a short time passed, Froseth returned to where his wife was laying. 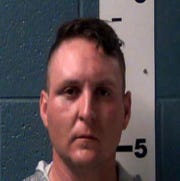 Neighbors reported to officers they heard a woman scream in the early morning hours.

Irene Northrup, who lives in the neighborhood, told Sun News,

“I heard her scream like, ‘get off me,’ or ‘leave me alone,’ so I jumped up and ran out of my room. I ran to the other side of the house.”

Northrup said she tried to see what was going on from the window but couldn’t make anything out.

That’s when 41-year-old Corban Serna decided to get involved, according to his lawyer, C. J. McElhinney.

Hearing a woman scream and looking out of his home, Serna saw what he thought was an attack.

Serna left his home to find out what was happening. When he approached the location, He was charged by Froseth who came from the north side of Lohman Avenue.

Serna’s lawyer says his client warned Froseth that he was armed and not to come any closer, then showed his gun to the other man. But Forseth was undeterred by the threat and advanced anyways, challenging Serna to fight him.

Serna kicked Forseth, knocking him back but the other 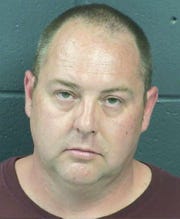 “Fearing for his life, particularly fearing that if Froseth was able to wrestle the firearm away from him he could be shot and killed as well as the female that had been screaming for help, the citizen shot from within a few feet and struck Froseth multiple times to end the attack,” McElhinney said in his news release on behalf of his client.

Neighbor Irene Northrup, said she had walked out of her home to see what was going on and saw Froseth and Serna arguing.

“I see the flash from the gun and I took off running back into the house,” she said. “By the second gunshot I was up to my carport. I got inside and I heard the last gunshot and I heard the girl scream.”

After hearing a total of 6 shots, the curious Northrup says she went back outside to see Mrs. Froseth,

Froseth was taken to Mountain View Regional Medical Center where he was pronounced dead with multiple gunshot wounds to the torso.

Serna did not wait around for police to arrive, and immediately fled the area. Nor did he choose to call police and notify them of the shooting.

Later that same day, a detective tasked with talking to neighbors near to where the shooting took place spoke with Serna, who said he didn’t have any information about the shooting or involvement.

On Monday Serna turned himself and the gun he used over to police and has been cooperative with police ever since, according to his lawyer, McElhinney.

“I expect that my client will be released from custody in the next day,” he said. “We look forward to our day in court.”

Serna is charged with one count of voluntary manslaughter, a 3rd degree felony.

According to Sun News, Froseth has been twice charged with domestic violence, once in 2018, and once recently in March of this year.

The 2018 case was dismissed, but in the more recent incident, he was charged with a misdemeanor battery against a household member.

Serna’s lawyer contends that Mrs. Froseth is the woman mentioned in both cases.

While it’s impossible to know all the details of the case from this article, it’s clear that the police might have viewed Serna in a different light if he had been truthful and forth coming about his involvement in Froseth’s death.

While staying in the area of a shooting could be dangerous, you should at least call the police to report the indecent then follow their instructions carefully to avoid, as much as possible, looking like a murder suspect.

Deciding to get involved with a situation like domestic violence is extremely tricky and dangerous. Think carefully about what you are doing and the risks involved before you act.

One of the risks may be the financial problems that may come from hiring a legal defense. And USCCA offers some of the best.