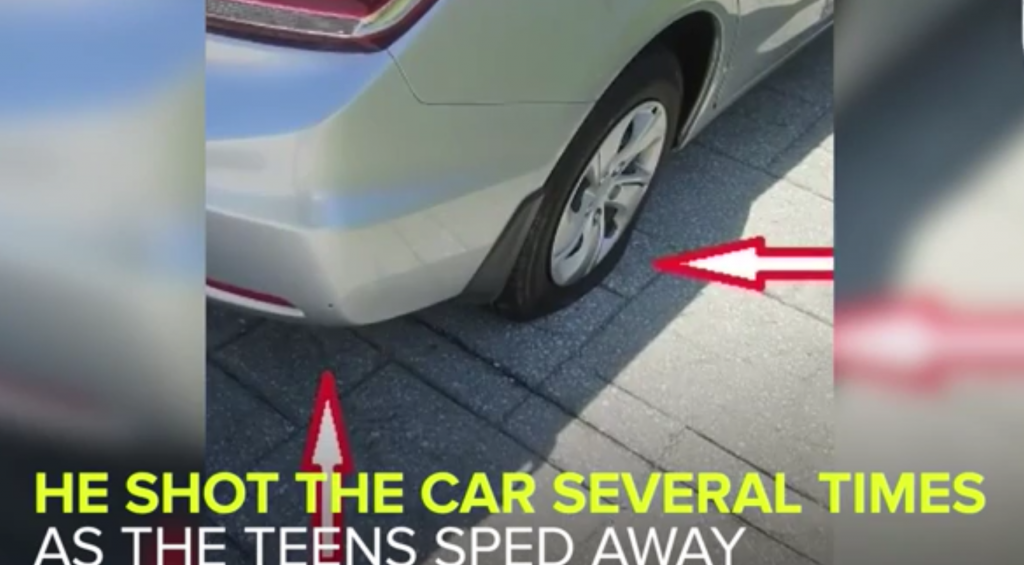 According to Albuquerque NBC affiliate, recently a man sitting in his home saw that two teenagers were parked in a car on the street in front of his home. He decided to investigate.

When he approached the car he heard one of them say to the other “did you get anything?” He thought this was a reference to a robbery they MAY have committed when in fact they were referring to a video game they were playing on their phones.

He challenged the teenagers and ended up firing shots from his concealed carry firearm while they sped off in the car.

The news report isn’t very detailed and maybe there were some other things that happened that made the man feel his life was in danger and he needed to fire the gun but the premise of his actions is full of bad ideas.

Why approach the car at all? Why challenge the occupants based on something you heard them say?

Remember that stuff is just stuff and humans are valuable. The concealed carry permit you have requires a great deal of responsibility.